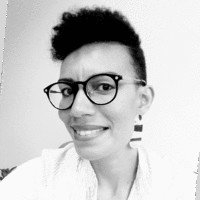 Staphylococcus aureus is a leading cause of bacteraemia and endocarditis in which intraclonal genetic variation, but not true polyclonal bacteraemia, is well documented. We describe a case of 36-year-old women with simultaneous and persistent bacteremia from two strains of Staphylococcus aureus that probably would have gone unrecognised because of the identical antibiotic profiles if had we not used bacteriophage susceptibility (“phage typing”) to further characterise the strains. In this patient, the dual bacteraemia was followed months later by another bacteraemia that likely would have been deemed a relapse of the original infection, except that we used similar methods to identify a third and unrelated strain. Our patient eventually responded well to antibiotics, and her bacteriophage therapy probably contributed little to that recovery. However, bacteriophage therapy required that we identify the strain of S. aureus causing her bacteraemia, and that requirement led directly to our identification of dual strains with identical antibiotic susceptibilities. Because of this experience, we alert other clinicians to the possibility of polyclonal infections with S. aureus. When bacteraemia is suspected, clinicians often pick a single colony or a few colonies from the original culture because prompt identification of the organism is critical and this practice provides a faster turnaround time. We caution that it might not identify different strains with different antibiotic sensitivities when polyclonal infections are present.